Our world is in a precarious state.

Thousands have died, and the global pandemic has transformed the lives of all. One of the most impacted sectors is transit.

Transit has become dispensable for those able to work remotely and indispensable as a service that enables access for essential workers. Transit will remain essential as we rebuild in the post-pandemic world, doing it right will require resourcefulness as much as resources and Mobility-as-a-Service (MaaS) offers new routes to transform transit and society as a whole.

Transformative change is hard, but we’ve done it before. By mid-winter of 1965 the atmosphere in Albany was tense. What Democratic State Senate majority leader Joseph Zaretzki called “unthinkable,” the truncating or even closing of the bankrupt Long Island Rail Road was on the brink of happening. Republican Governor Nelson Rockefeller was drawing up plans for 23 lanes of highway traffic, to bring the 260,000 commuters who relied on the railroad into New York City in the absence of the trains.

Looking at the scale of the problem, the governor concocted a new solution, and the MTA was born. Rather than spending $2 billion on road construction, the state acquired the railroad and launched a $300 million modernization plan.

Today, the LIRR is the most widely utilized commuter rail system in North America.

MaaS is another revolution if we get it right, we can build a post-pandemic world where transit is not only central, but wider public policy objectives can be achieved. That is important because looking at New York’s transportation vision today you see a far more expansive set of state goals and ideas than what existed in 1965.

The NHS’ “Walking for Health” program in the UK urges Britons to “lose weight and become healthier” and advocates walking as the simplest solution.

In California, where transportation accounts for 39% of carbon emissions, reductions in internal combustion engine usage form the core of most Californian cities’ mandatory and binding carbon reduction plans.

Estonia has even taken the step of making public transport free.

We must utilize MaaS to optimize the government’s ability to use transportation to achieve broader goals, from healthcare to education to the environment and safety.

Public transport can become a means to a series of public policy goals rather than being the goal itself.

New York could identify road hotspots that are particularly accident-prone, Vision Zero could apply a surcharge to drivers as part of a dynamic road pricing solution to persuade travelers to avoid the area or change modes. On a smoggy day in Los Angeles, travelers could be sent notifications that dynamic road pricing in the city was increasing to respond to the smog, but could be exempt if they had car-pooled with Susie – from three doors down – who Cubic’s predictive travel analysis said was likely to take a similar commute at a similar time. In Ireland, where the Ministry of Employment Affairs and Social Protection provides free travel to the unemployed, officials could check if people were able to reach their interviews by leveraging ridership data, while at the same time, identifying pockets of social exclusion where citizens were unable to access jobs and instead direct funds to offer locals taxis or carpools to get them to job interviews and employment.

A MaaS enabled environment can achieve this because it blends public and private transportation options, allowing travelers to combine multiple modes to create the best journey for them. Cubic’s vision of MaaS also puts agencies in the driver seat ensuring the government can regulate which private providers can serve a region and also incentivizing and taxing providers based on their wider social impact.

The commingling of public and private transportation through city subsidy and tax is already underway.

In Boston, the “Carbon Free” Boston report released in January 2019 by the city, outlines a plan to introduce a $1 per mile tax on solo rides using ride-hail; in contrast to a $1 per mile subsidy for people riding in shared rides. Indeed, for Boston ride-hail represents the core of expected future mobility, with the report foreseeing shared mobility overtaking public transit and private vehicles becoming the second most important form of mobility in Boston after walking by 2050.

Current policy levers are not up to the task of eliminating the 29% of Boston’s emissions that come from private vehicles. The discussion hints at a direction in which cities around the world are indicating they want to pursue.

Enter a reality where subsidies and taxes can be introduced directly into transport at the point of consumption to drive different choices. 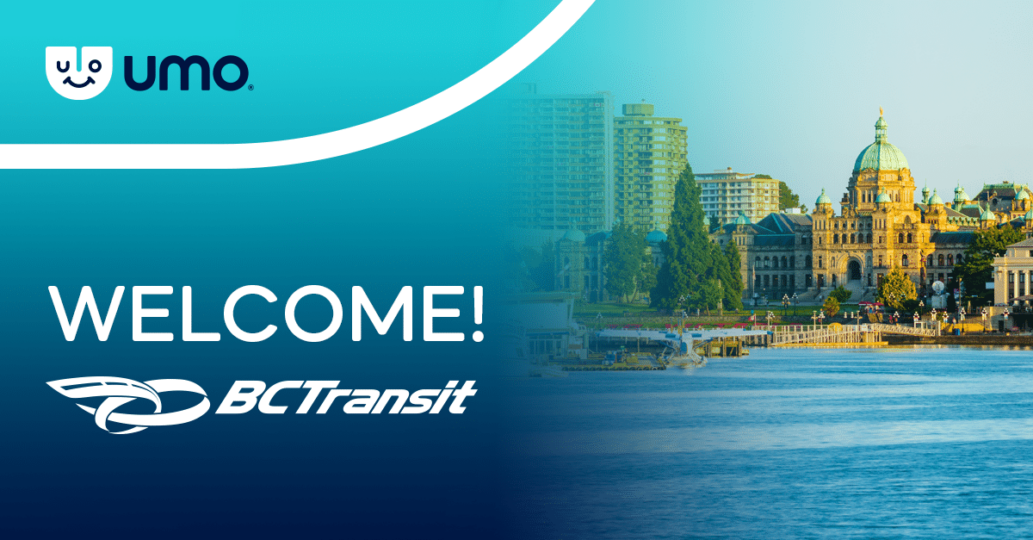 Get all the latest Umo news and events delivered straight to your inbox.